Port Susan, located in the Puget Sound between Camano Island and northern Snohomish County, has been identified by the Nature Conservancy as a priority conservation area of high biodiversity importance (Floberg et al. 2004).  Work was initiated in 2007 to establish a Port Susan Marine Stewardship Area (MSA) through a partnership between the Snohomish and Island County MRCs, Tulalip Tribes, the Stillaguamish Tribe, The Nature Conservancy, WSU Extension of Snohomish and Island Counties and Washington Sea Grant (with support from the NWSC). In 2014, a resolution passed by Snohomish County Council designated Port Susan as a voluntary marine stewardship area.

More information about the unique ecological and recreational opportunities in Port Susan can be found at the Port Susan Bay Ecosystem Wiki and The Nature Conservancy's Port Susan Bay Preserve. 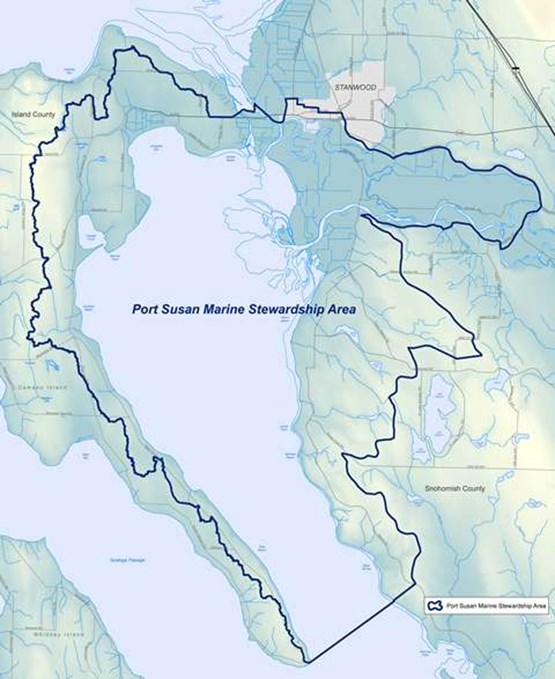 What Is A Marine Stewardship Area?

A marine stewardship area (MSA) is a conservation designation that works to generate responsibility among the relevant authorities and users of marine environments for the conservation of the natural, cultural, and scenic value. The MSA designation encourages citizen participation and a shared community vision, though the designation carries no regulatory authority.

At a joint meeting in Coupeville on December 6, 2011 the Snohomish and Island County MRCs voted unanimously to support the Port Susan Marine Stewardship Area Conservation Action Plan and take it to their elected officials for approval.

The plan aims to achieve a healthy marine and estuarine ecosystem with thriving biodiversity and strong recreational and resource based industries. The CAP document describes the planning process and includes the identified conservation targets, threats, and strategies.

In 2014, the MRC worked to develop a report card to highlight partner progress on the strategies identified in the CAP. The goal of the report card is to reconnect Port Susan partners, share and demonstrate successes across the landscape, and to galvanize new efforts.

More information on the Conservation Action Planning efforts in Port Susan can be found in the following documents: 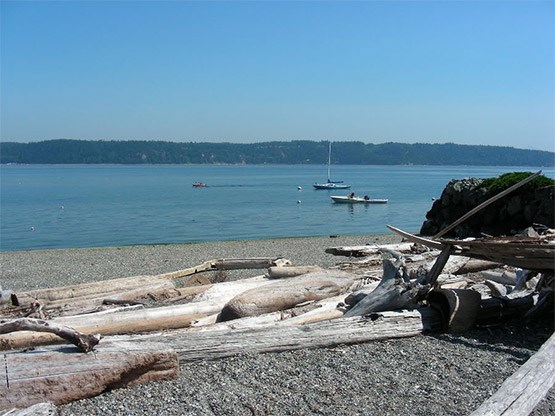 In 2021 the Snohomish County Marine Resources Committee (MRC) partnered with the Island County MRC to reconvene partners, assess the current status of the CAP, and identify opportunities to support conservation activities in Port Susan for the next decade and beyond. The information gathering presented here is Phase 1; Phase 2 will build from this information and focus on partner engagement in 2023.

Island County MRC and the Snohomish County MRC partnered with UW Evans School Student Consulting Lab who completed a comprehensive review of the 2012 CAP.  Their findings are below:

In 2014, the MRC worked with Futurewise to develop recommendations for shoreline incentive programs that could improve nearshore habitat. Through a stakeholder process involving interviews and a workshop, 29 potential shoreline landowner incentives were explored for feasibility and potential success in Snohomish County. Out of that process, four incentives were ranked highest as potential approaches:

Work with stakeholders suggested that multiple incentives could be combined to create a program that includes three key elements: funding, permitting/technical assistance, and education/demonstration. A complete summary and analysis of this effort can found in the Port Susan MSA Incentives Report.

In 2012, the Snohomish County MRC and project partners, including the Island County MRC, Tulalip Tribes, the Stillaguamish Tribe, The Nature Conservancy, WSU Extension of Snohomish and Island Counties, and Washington Sea Grant, were presented as Puget Sound Champions in recognition of the successful development of the Conservation Action Plan for the Port Susan Marine Stewardship Area.

The award was presented during the Snohomish and Stillaguamish Watershed Local Integrating Organization (LIO) meeting held on January 7, 2013. 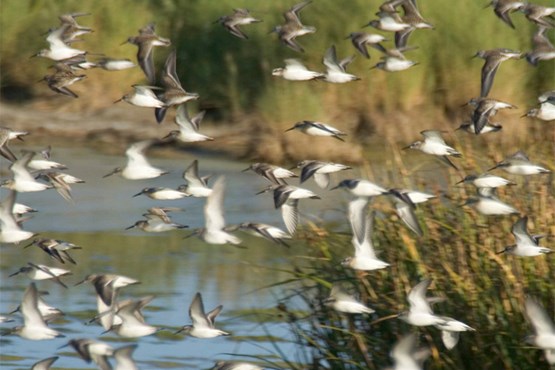 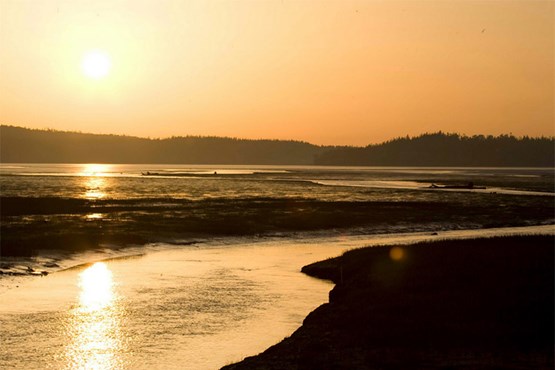